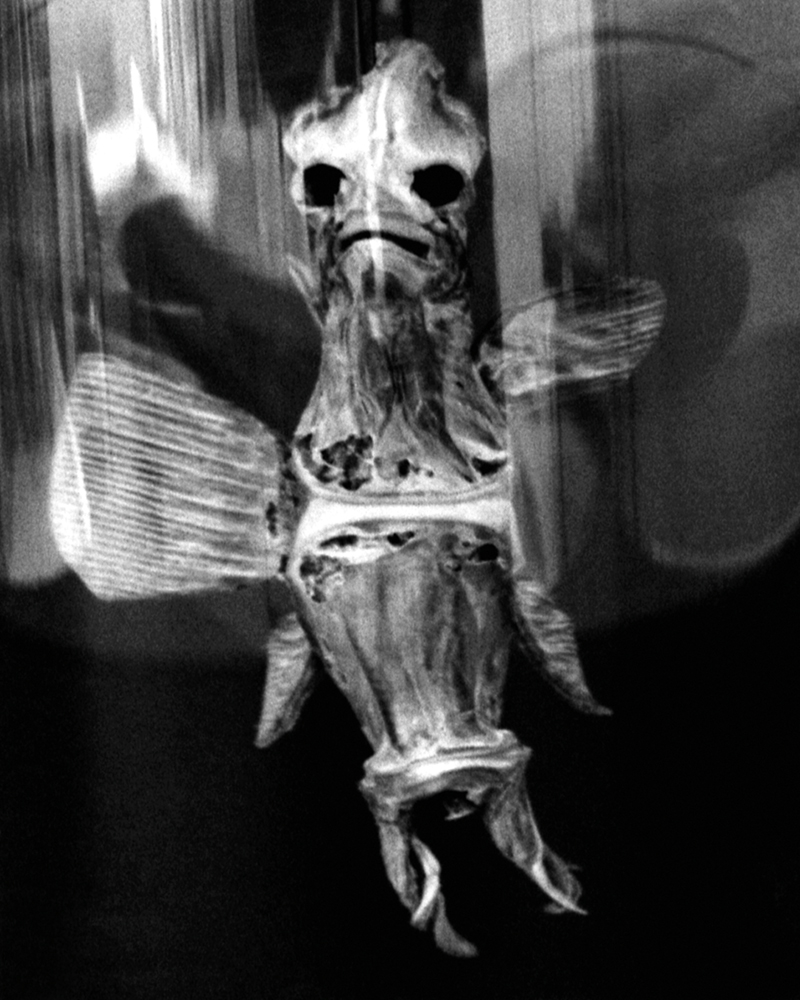 „Blindfell“ is old English and means to rob someone of their ability to see, to make someone blind. In the series Blindfell, from 2015, Bournonville focus on one of the basics of our confrontation with the surrounding world, the sight and the wonderous workings and malfunctions of perception. The protagonists of the images are often robbed of their vision, their eyes cut out or covered, or completely black like those of the ”Basilisk” a presumably 400 year old man made curiousity in the Vienna Museum of Natural History. The images in Blindfell speak of optical illusions and failures, myths regarding vision, ophthalmology and the beginnings of analog photography where it was believed that photography could depict everything from thoughts to ghosts and auras.

Nadja Bournonville, born 1983 in Vimmerby, Sweden studied Fine Art BA (Hons) photography at the Glasgow School of Art in Scotland, she graduated in 2006. Since 2009 she has been represented by the Pierogi Gallery in New York. In 2012 she finished her MA studies with professor Tina Bara at the Visual Academy  in Leipzig. Bournonville has been based in Berlin since 2011. For the work Blindfell she recieved a one year working grant from Stiftung Kunstfond, her recent series „Intercepted“ was selected for the Recommended fellowship by Ingo Taubhorn in 2017. Bournonville has published five books and exhibits frequently in Europe and abroad.